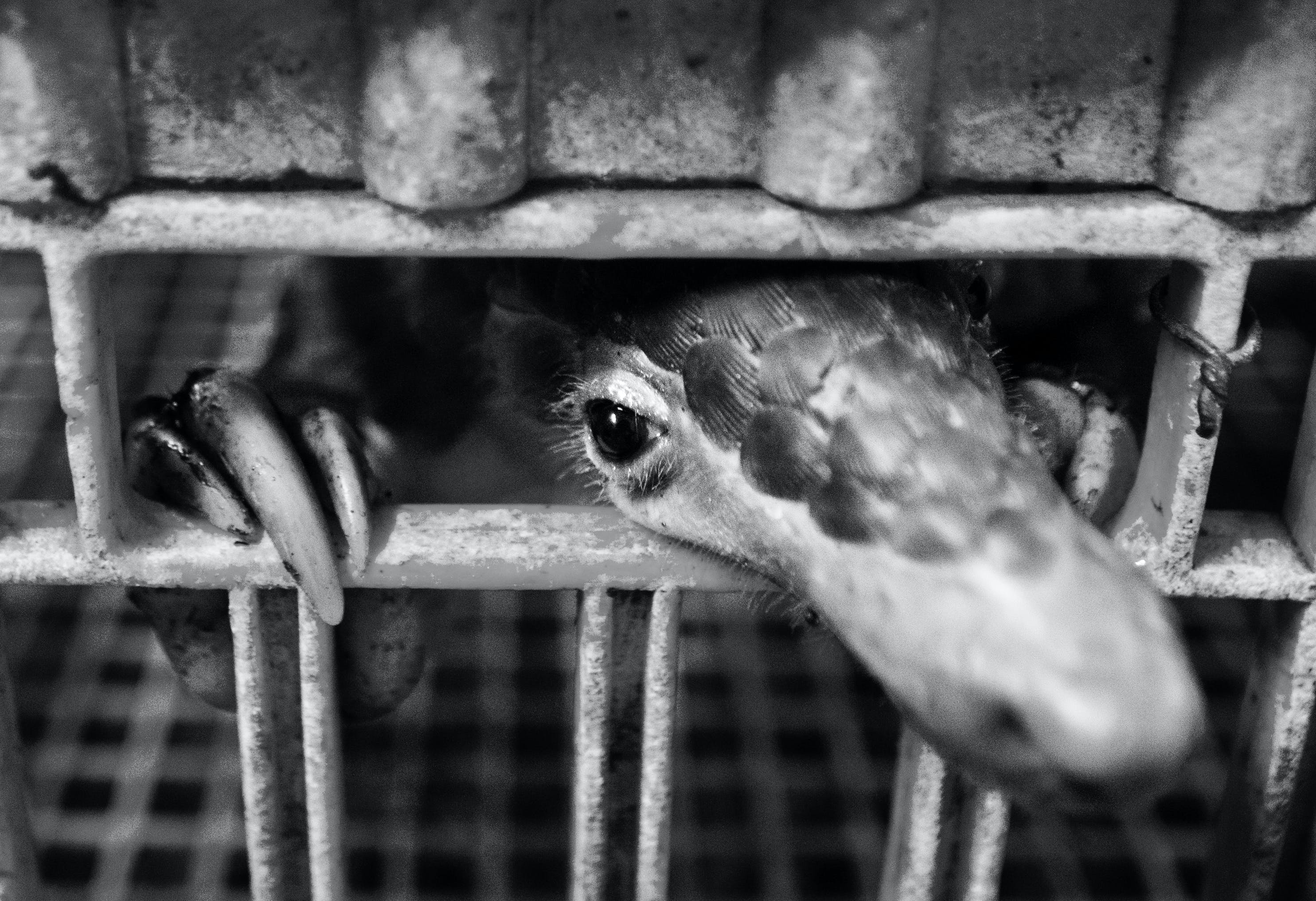 Pangolins are hunted for food, for use in traditional medicine and as fashion accessories, and for a rampant illegal international trade in scales, skins, and meat. There is high demand for nearly all of their body parts, principally from China. The large-scale illegal trade in Asian pangolins is drastically driving down their numbers throughout Southeast Asia. Rapid loss and deterioration of available habitat places added pressure on the dwindling numbers of remaining pangolins.

Little is known about the illegal trade in Asian pangolins other than its alarming scale, which is evidenced by confiscations of shipments seized from the black market of thousands of pangolins. The lack of information about the trade makes combating it that much more challenging.

Inadequate public and governmental awareness of the trade itself are among the factors that make the trade difficult to combat, as well as insufficient political will and financial resources. There is a lack of reliable data on trade routes: where the pangolins are coming from, and where they end up. Immediately halting this illegal trade and broadening conservation efforts is critical to the survival of this remarkable group of mammals.