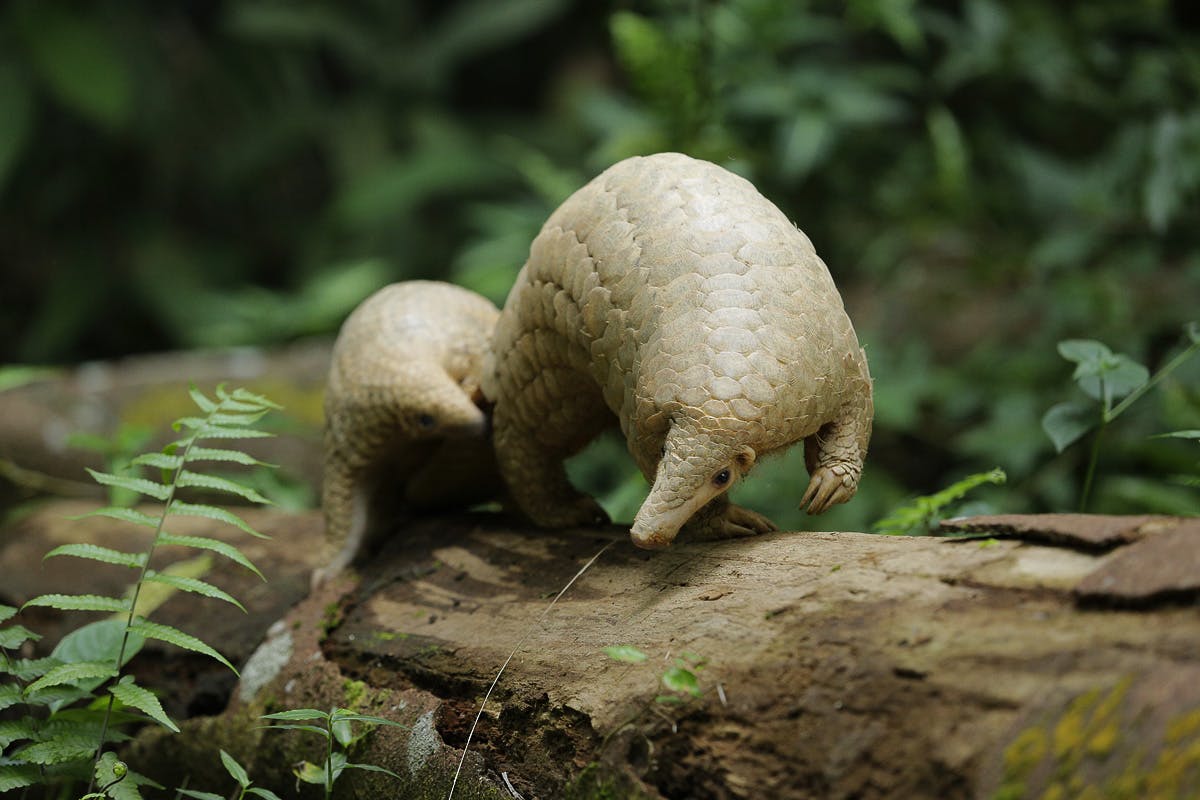 On February 15, people around the globe will come together to celebrate and protect the most trafficked mammals in the world: the pangolins. All eight species of pangolins are threatened with extinction due to rampant poaching for their scales and meat. With World Pangolin Day right around the corner, it’s important to highlight those who are stepping up to really do their part to save this remarkable animal. And amazingly, young people are making some of the biggest strides toward pangolin conservation, with some of them as young as five years old and others finishing up high school.

Ryan first discovered pangolins while watching an episode of The Nature of Things, and became so enamored with them that he wanted to raise awareness about their plight. When Halloween arrived, he dressed up in a pangolin costume and instead of asking for candy, he requested donations on behalf of pangolins. He raised $185 for pangolins that night, and was so encouraged by the kindness of donors that he reached out to WCN to start a fundraising campaign to garner more support for his favorite wild animal. As of today, his campaign has raised an impressive $843.

Another remarkable youngster, Allie, had her own dream of aiding pangolins. With the help of her mom, Allie held some bake sales and sold some of her artwork to raise money for pangolin conservation. She ended up raising an astounding $1,503, which she donated to Save Pangolins, and she even began her own conservation initiative: Allie’s Little Organization for Helping Animals (ALOHA).

Gillian took her desire to save pangolins a step further. She designs and sells hoodies to bring attention to pangolins and their struggle. All proceeds from her hoodies are donated to the Pangolin Crisis Fund, whose goal is to stop pangolin poaching and end the demand for their body parts.

The entrepreneurial spirit also fueled young Landon's goal of helping pangolins. He learned about this endangered species from PBS, and realized that if more people knew about pangolins, they’d have a better chance of survival. So Landon took it upon himself to not only teach his classmates about pangolins, but he also crafted and sold holiday ornaments to raise money for their protection. His parents estimate that Landon introduced the pangolin to about 1,000 people who never knew about it before.

The incredible enthusiasm and passion of these young people is not only helping save pangolins, but inspiring others to do the same. It just goes to show that you can make a huge impact for wildlife no matter how old you are, as long as you dare to care about their future. These kids are going above and beyond to ensure that pangolins have a future, and set a bright example for the rest of us to follow.