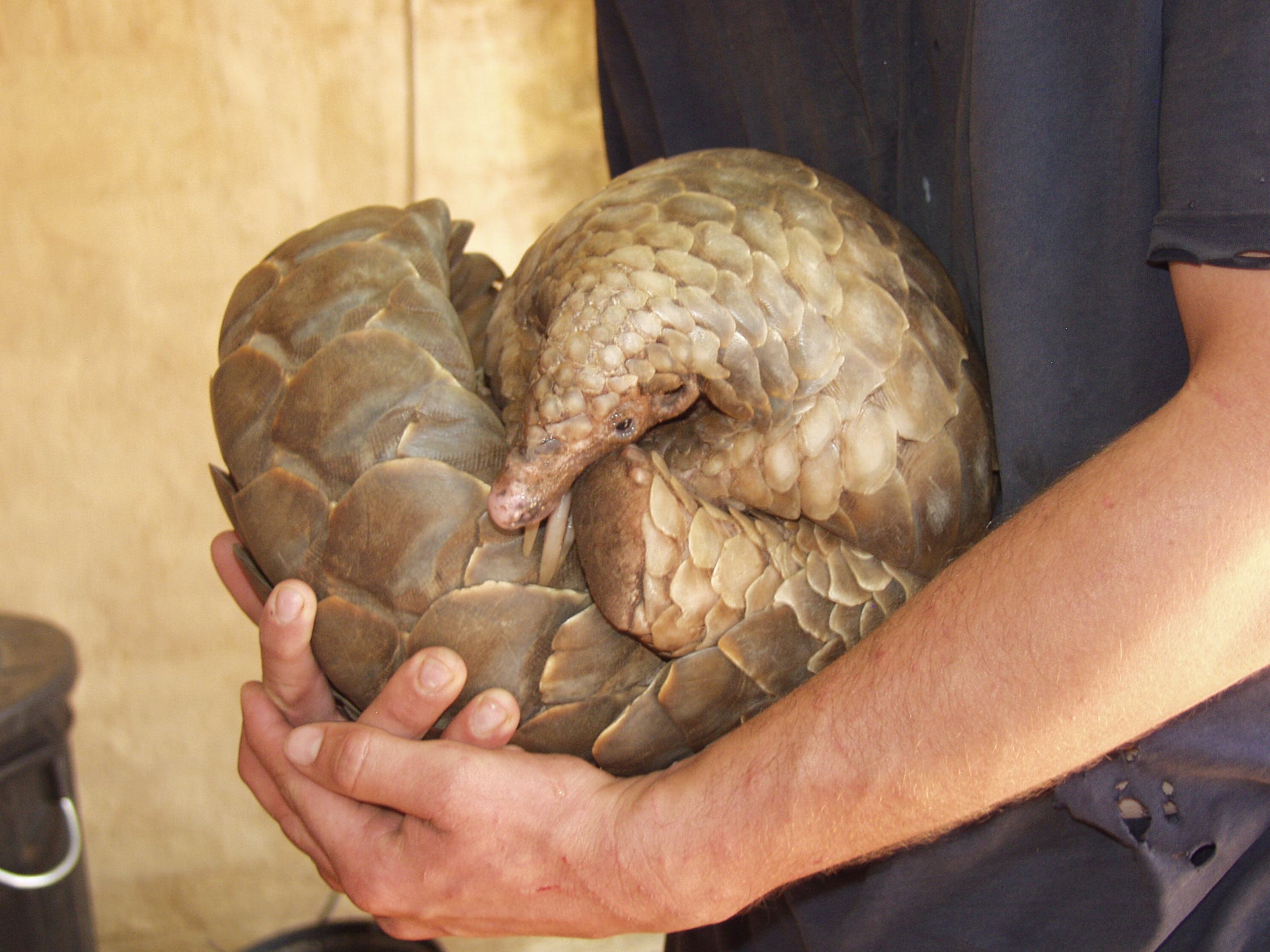 Tikki Hywood Foundation and the Importance of Impi

This is the story of Impi, Tikki Hywood Foundation's most recently received hand-reared pangolin.

A box was handed over to Tikki Hywood Foundation from the authorities. Inside was a tightly curled mother pangolin, wrapped around her young baby. More than likely they were starving. Had it been days or weeks since these two endangered animals had been plucked from their home, forced into a sack, and kept from any and all source of natural food and or water? It was impossible to know.

The mother's eyes were wide open with fear, her arms embraced around the tiny body of her son as though she would do anything within her power to save her baby.

Mites, bloodsucking parasites that take advantage of malnourished creatures, roamed between their scales and fed on their misfortune. Mites found on pangolins are a clear indication that the host body is immunosuppressed and compromised, an implication that the poacher had these two for some time.

With any new arrivals, the first 24 hours are critical. During this period, Tikki Hywood's team are able to see what wounds and aliments each animal has and can start immediate treatment. However, with a young baby like Impi, they must patiently wait to see if the mother is still producing milk after the stress of capture.

These two were weighed on arrival; once inside their denning box they could hear the sounds of suckling coming from the baby—but it was to be to no avail. Impi’s weight was dropping and they had to start artificial feeding in between taking the mother out for foraging.

For as long as the mother remains maternal, Tikki Hywood Foundation will keep them together for warmth, safety, and security. But should the mother reject the baby, they will start the fifteen month long process of hand raising.

By the fifth day, the overprotective mother realized that her baby was in safe hands and that she could allow someone else to take care of him to allow herself to recover. After his morning feed of milk and putting him back into the box, they had to watch the sad reality of her pushing Impi away, the one whom she had fought so hard to save.

For every rescue that takes place, tragic events have occurred. Tikki Hywood Foundation never loses sight of what these rescued pangolins have to go through. Even after rescuing and caring for hundreds of pangolins, each story, each face, each soul touches their lives forever and they are greatly impacted by each one. Until there is an end to poaching, Tikki Hywood Foundation shall remain dedicated to these incredibly wise, gentle, and mystical creatures.