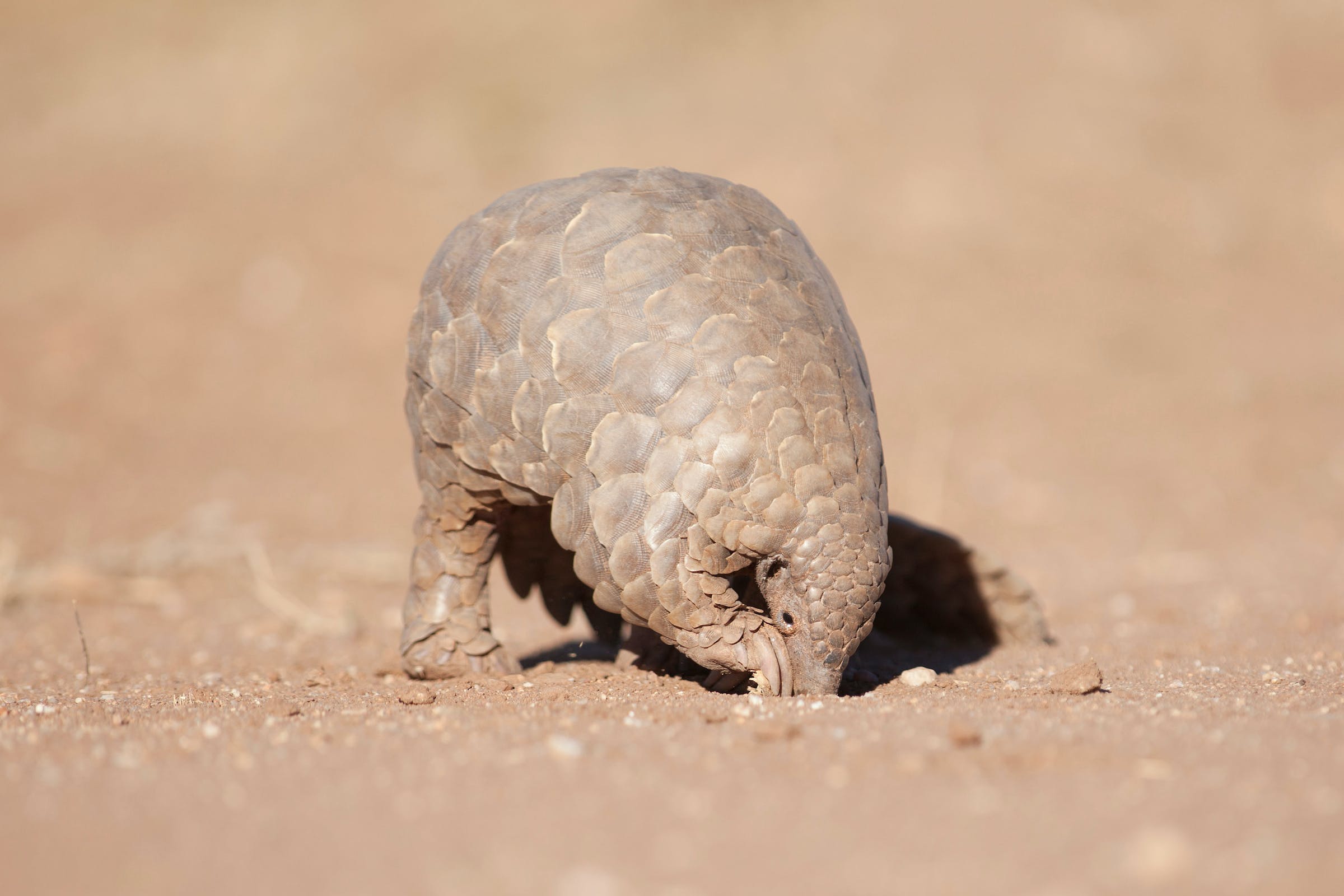 Pangolins are the only scaled mammal on the planet. Their scales—composed of the same keratin found in human fingernails—account for 20% of their entire body weight. When threatened, a pangolin will curl into a defensive ball and their scales serve as a protective armor, often impenetrable even to the jaws of a lion.

When they are not in danger, pangolins prefer a solitary, nocturnal life filled with feasts on a highly specialized diet of ants and termites. In one year, an adult pangolin will eat more than 70 million insects. Perfectly adapted to feeding from ant and termite mounds, pangolins have developed the unique ability to seal their nostrils and ears to prevent insects from attacking.

The pangolin's acute sense of smell and sound leads them directly to an insect colony. With powerful, shovel-like claws, pangolins skillfully plow into underground termite and ant nests. Once inside the nest, pangolins use their sticky tongue––longer than their entire body length––to reach deep into tunnels to devour their insect banquet.

The pangolin has a fantastic blend of specialized features that make them an astonishingly unique and whimsical creature in the animal kingdom.