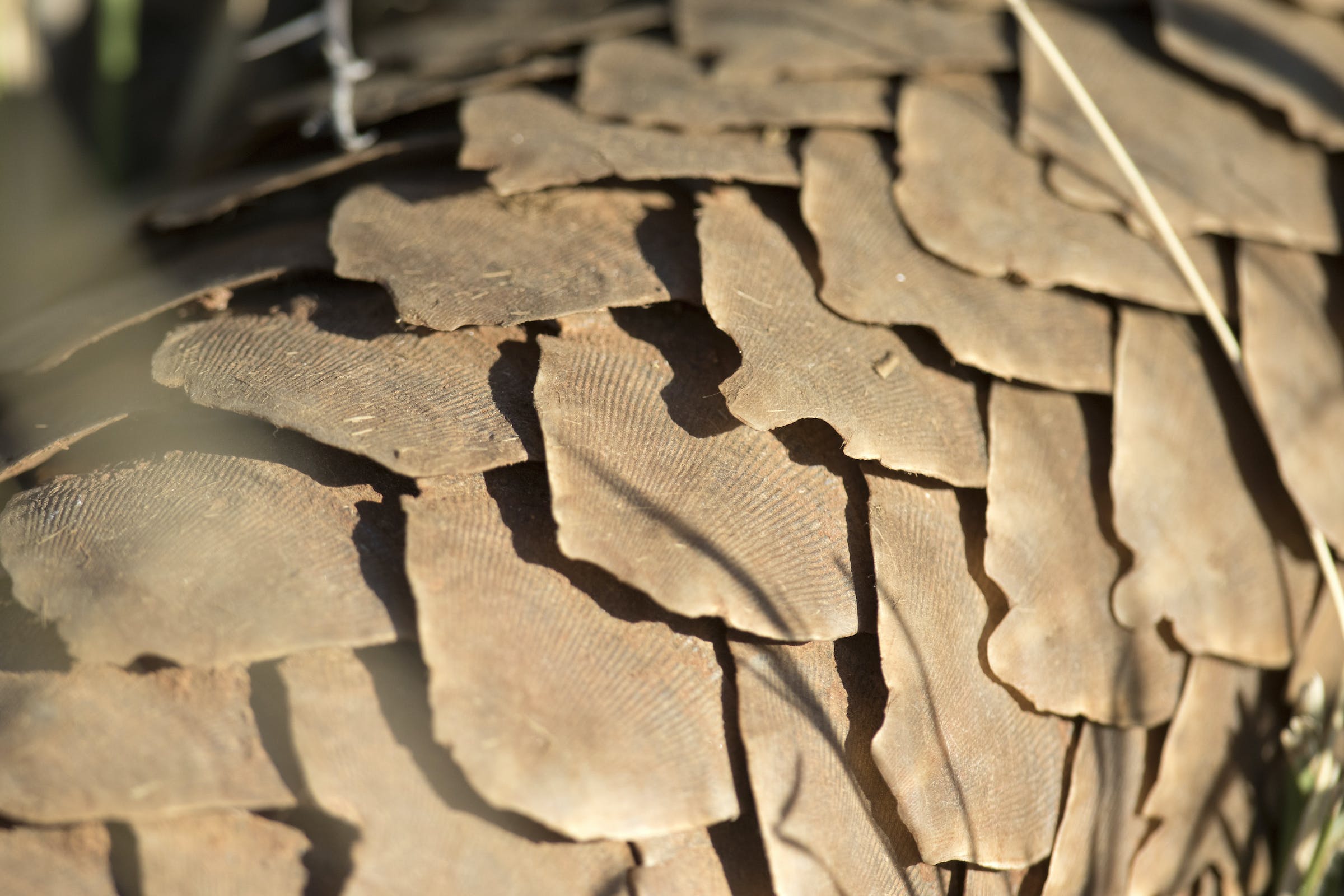 The Curious Case of Pangolin Scales

The most distinctive feature of pangolins are their scales. Each scale is composed of keratin, the same protein found in human hair and fingernails, as well as rhino horns and lion claws. As the only mammal covered in scales, their armor plays the critical role of protecting them from nearly all predatory attacks, including a lion's bite.

Despite their similar diet and thorny resemblance to anteaters and armadillos, pangolins are actually more closely related to skunks. Much like skunks, pangolins have a special gland that secretes a potent odor used to thwart predators.

Unfortunately, their scales cannot protect against their greatest threat: human poachers. The pangolin’s primary defense strategy, rolling itself into a ball, only makes it easier for poachers to pluck them from the wild.

These unique scales are also the primary reason that pangolins are the most trafficked mammal on the global black market, due to the unfounded belief that their scales contain medicinal properties. Every five minutes, a pangolin is taken from the wild, illustrating the crucial need for pangolin conservation to be supported throughout their range.