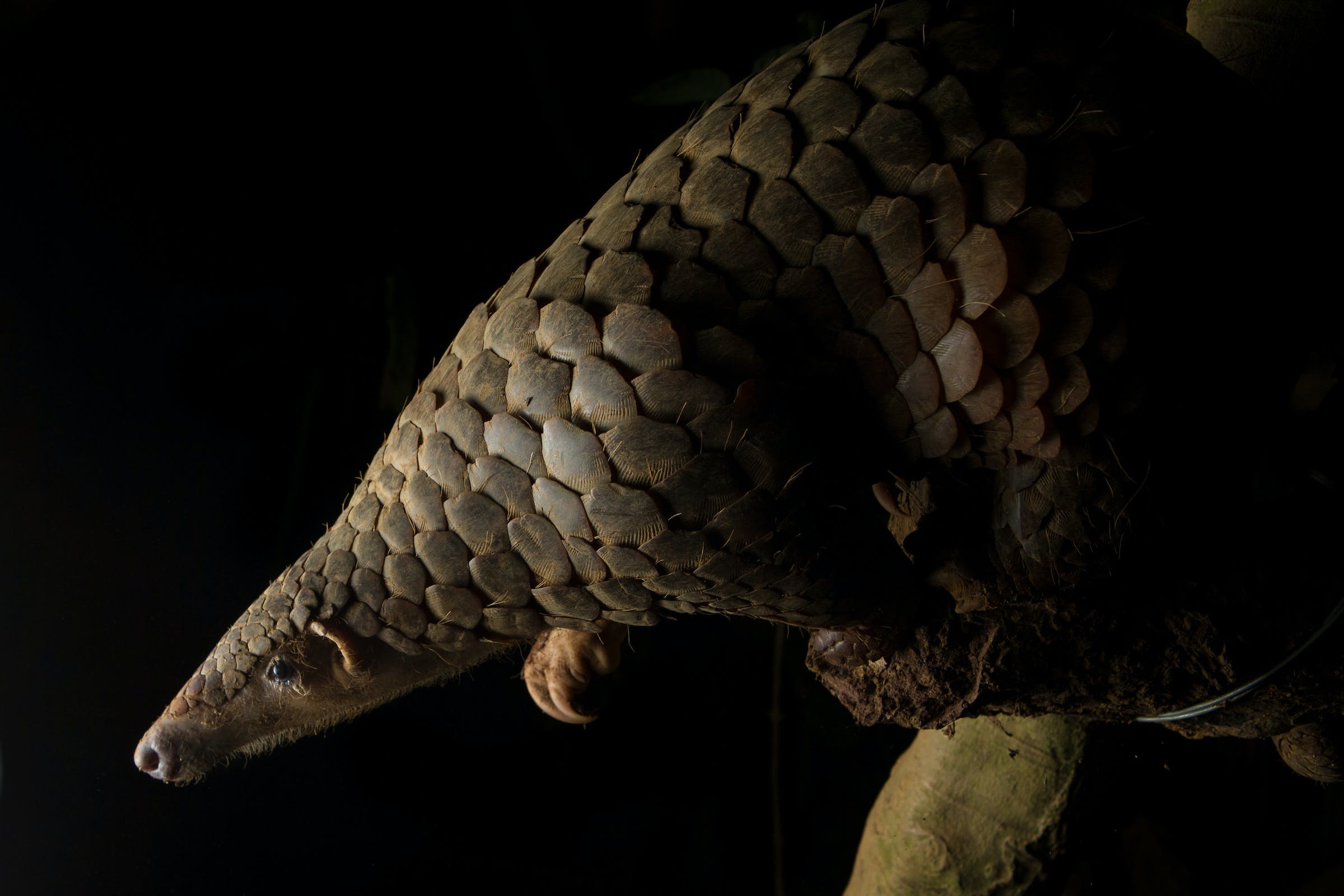 So, are Pangolins a Reptile or a Type of Armadillo?

Neither! Pangolins are warm-blooded, and like other mammals, they give birth to live young, nourish their offspring with milk, and have fur, though, in the case of pangolins, this fur is sparse and on their underbellies. Pangolins are the only mammal species in the world with plate-like scales, which are composed of the same keratin protein found in our hair and fingernails.

Until recently, pangolins were once thought to be part of the greater group of Xenarthra—insect-eaters found in the Americas, including anteaters, sloths, and armadillos. However, new genetic evidence has changed their taxonomy in the animal kingdom. Despite their superficial resemblance to armadillos and their specialized insect diet similar to anteaters, pangolins are actually more closely related to skunks and other carnivores, like cats and dogs.

Much like skunks, pangolins have a special gland near their anus that secretes a potent odor. In addition to their armored exterior, pangolins use this secretion as an effective deterrent against threats. This pungent scent is also a way for pangolins to mark territory and warn other species of their presence. As pangolins have poor eyesight and are predominantly nocturnal, pronounced smell dispersal is a critical form of communication between pangolins.