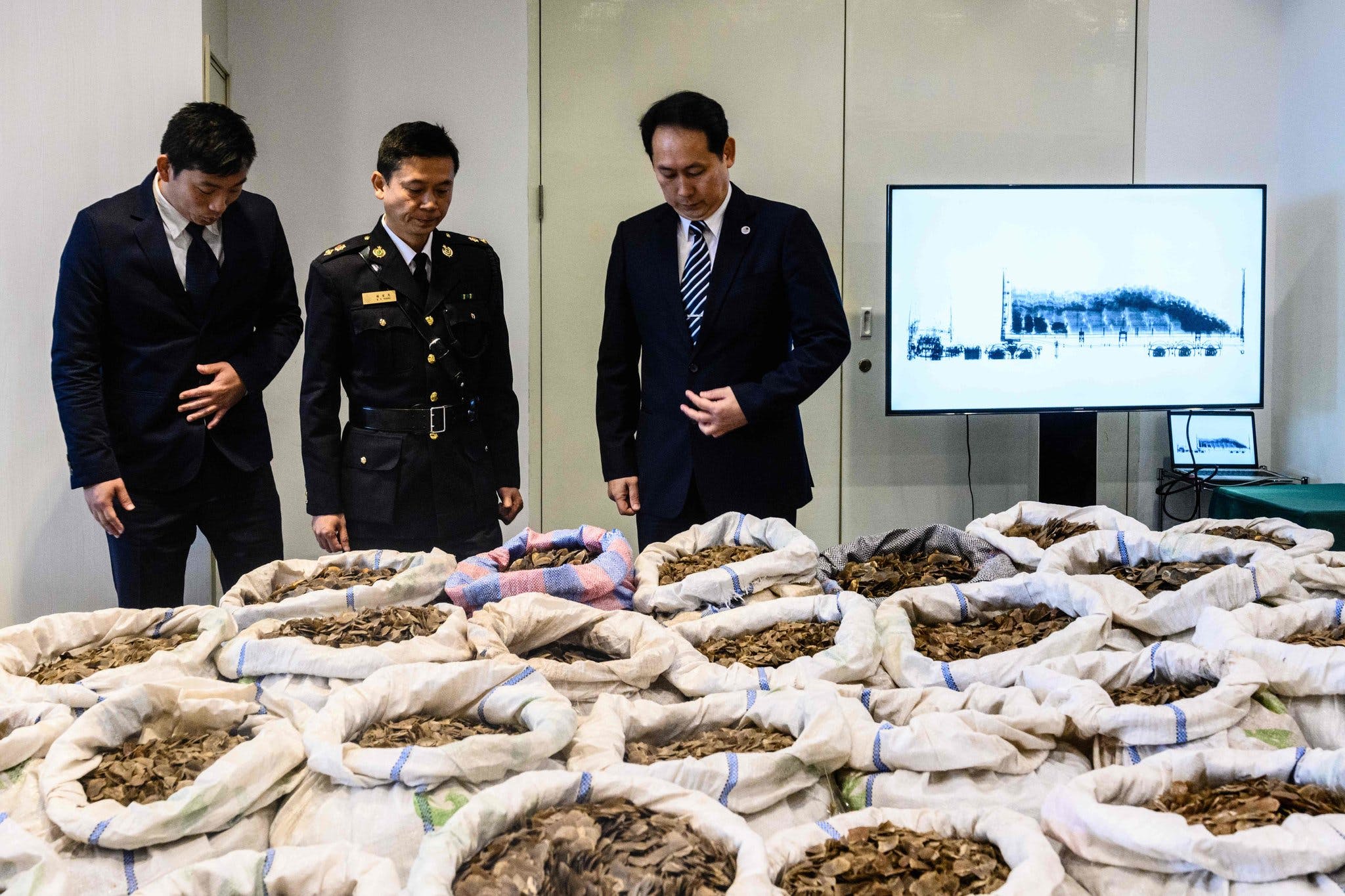 It was after dark on a Tuesday evening in December 2017 when the vans pulled onto Island House Lane, a placid side street of residential complexes and community garden plots in the suburban Tai Po district.

High-rises gave way to lush forest as the street wound down to a pebble beach. Across the harbor was Tolo Channel, and jagged green hills descending into the sea all the way to the coast of China’s Guangdong province.

On the water, a speedboat was waiting. Men began unloading the vans’ cargo onto the beach.

When officers from Hong Kong’s Customs and Excise Department arrived, the boats fled out to sea. Marine officers pursued them for two hours before losing them in the channel’s warren of rocky coves and mangrove estuaries.

From the vans, however, officers were able to recover part of the contraband cargo.

There were about $1 million worth of mobile phones, digital cameras and tablets. And, packed into cardboard boxes, the agents discovered more than 300 kilograms of smooth brown scales, each a couple inches across, that looked like they had been stripped from some prehistoric reptile.