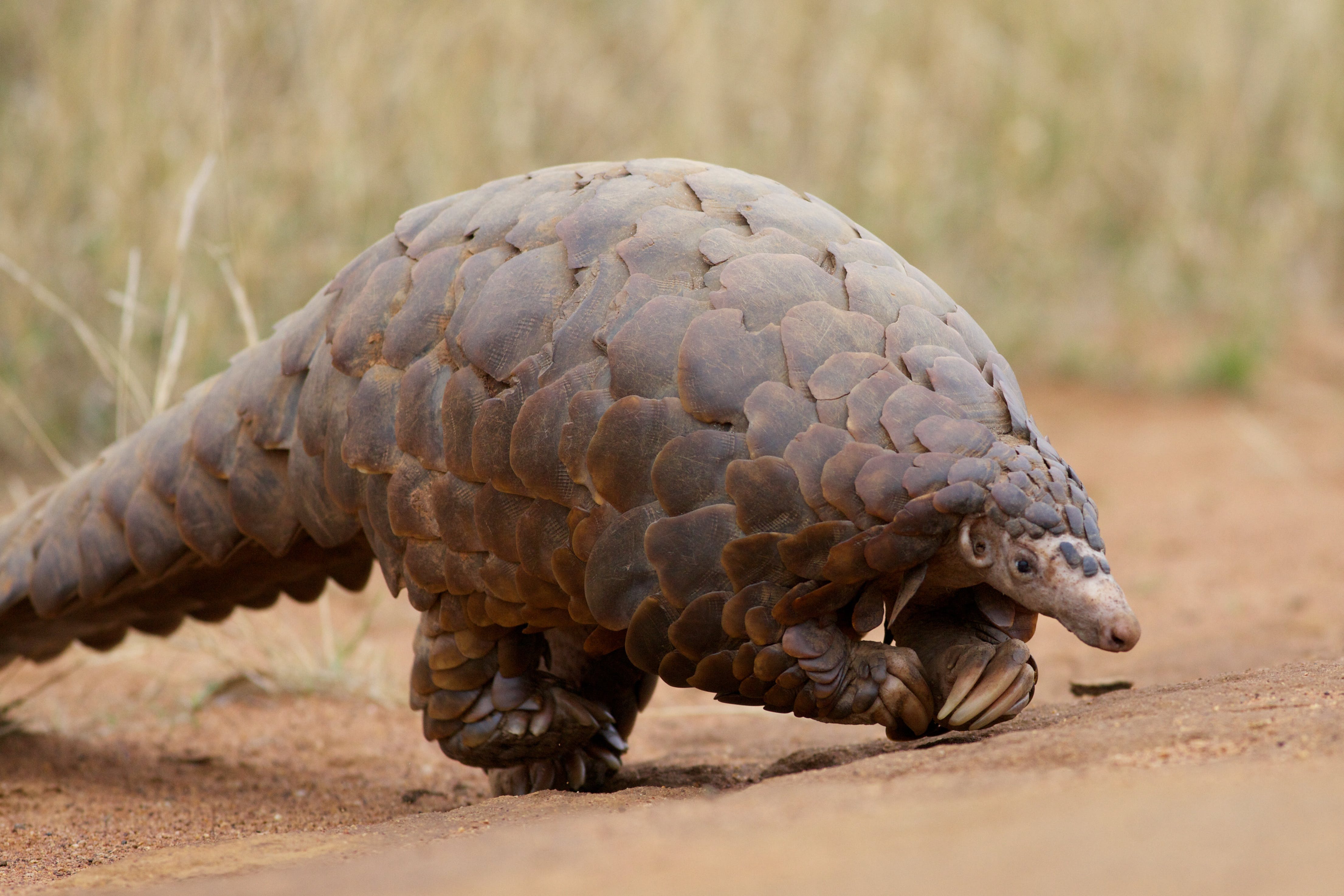 National Geographic: Poaching is sending the shy, elusive pangolin to its doom

He's the size of a golden retriever puppy and covered with scales.

With his tail stretched out parallel to the ground for balance, Tamuda holds his little arms in front of him like a T. rex.

The caretaker gently guides the young pangolin toward a dirt mound that he starts to break apart with a pick. Look, he encourages Tamuda: ants. Tamuda catches on and begins to eat, his nearly body-length tongue searching the crevices, his long claws mimicking the pick.

After a few minutes of eating, it’s time to move on. Tamuda lumbers a little farther. The caretaker shows him a new ant mound. This time the pangolin isn’t interested. He flops on his side like a toddler about to throw a tantrum. He curls his body around the boot of the caretaker, who bends down and gently tries to peel him off, but Tamuda wants attention.