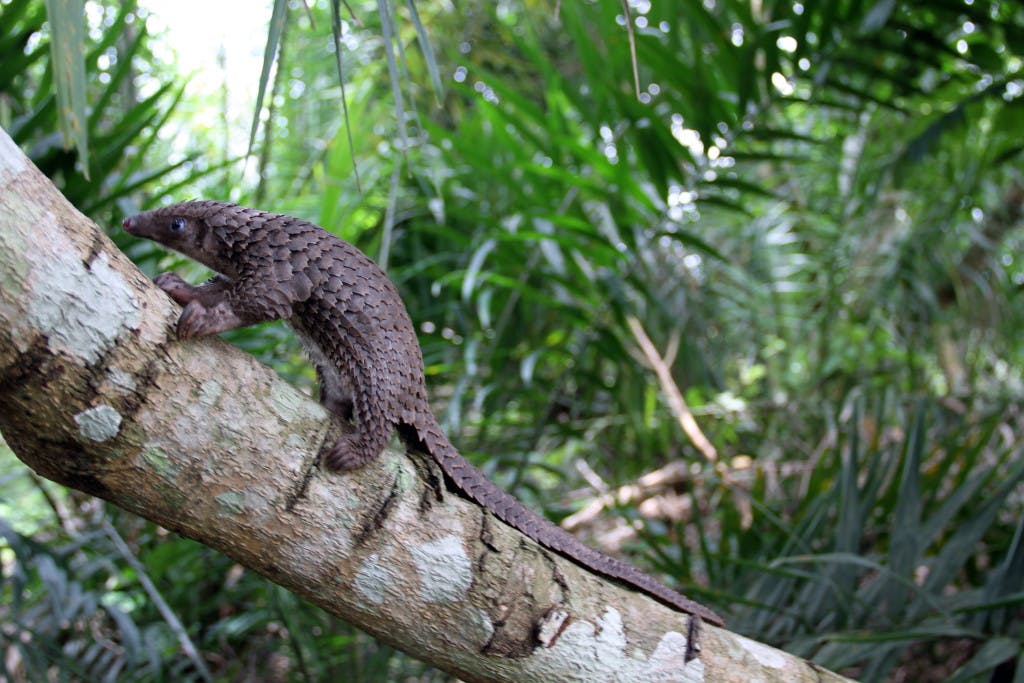 National Geographic: How you can help pangolins

The most trafficked mammals in the world are heading toward extinction unless the illegal trade can be stopped.

PANGOLINS, THE WORLD’S only mammal with scales, are being trafficked by the ton. In the first eight days of April 2019 alone, authorities seized two 14-ton shipments of pangolin scales in Singapore, representing an estimated 72,000 animals and worth a combined $90 million. In February, Malaysian law enforcement seized a 33-ton shipment of mostly whole, frozen pangolins.

The scales are used in traditional Chinese medicine, for everything from alleviating arthritis to helping nursing mothers with lactation, and their meat is considered a delicacy by some in Asia. They’re also hunted for bushmeat in central and West Africa. While we don’t know exactly how many are left in the wild, it’s obvious that this level of hunting isn’t sustainable.

Sometimes called “pinecones with legs,” pangolins are very sensitive creatures and for the most part don’t do well in captivity. In the wild, they’re slow to reproduce and give birth to only one baby at a time. Pangolins are nocturnal, solitary, and shy—nearly impossible for even the most dedicated field researchers to get a glimpse of. Just because you can’t see them doesn’t mean you can’t help them.

Read the full article on National Geographic to learn how you can help pangolins.