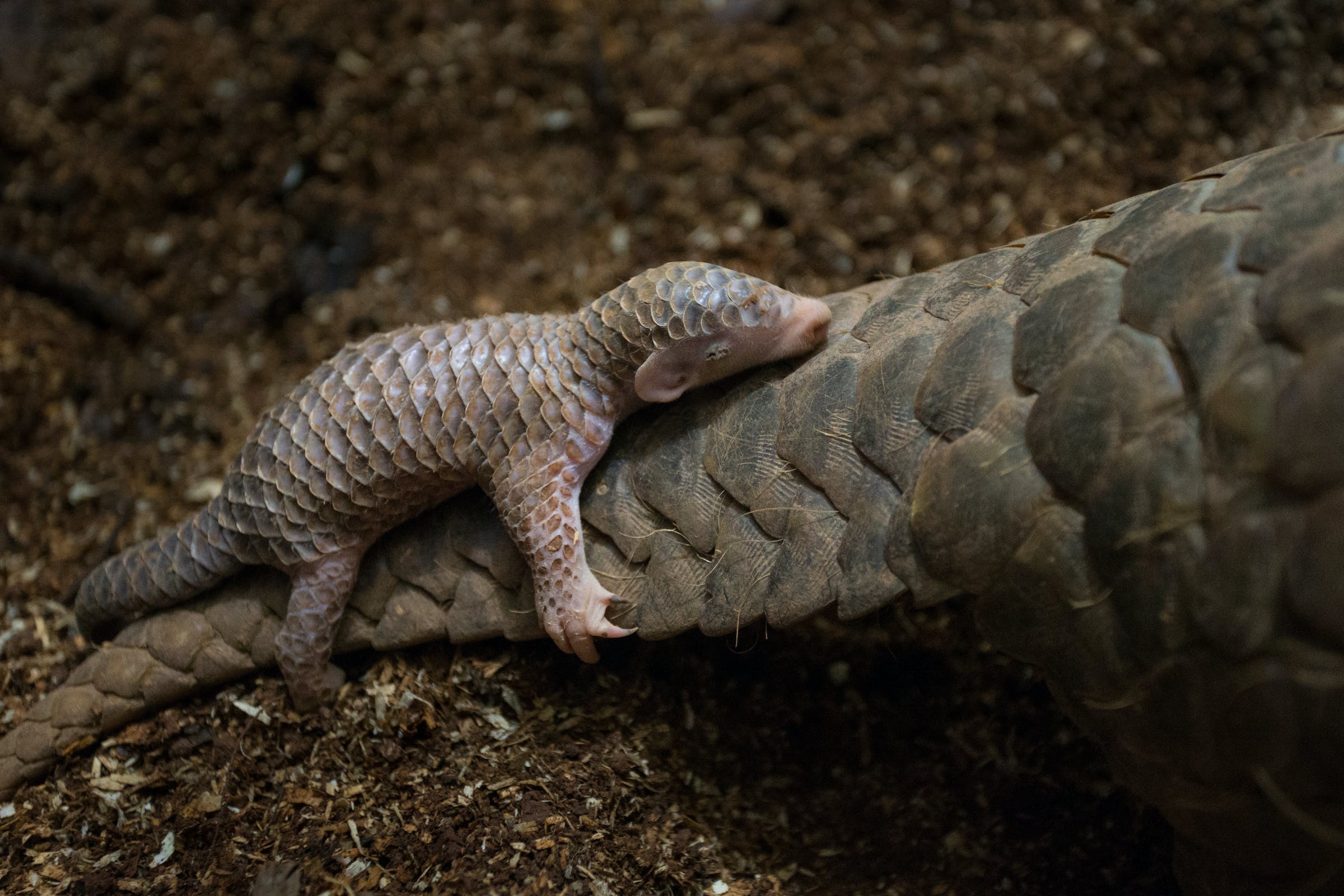 How Rescuing One Pangolin Saved the Lives of Two

In April of this year, a pangolin was rescued from the illegal pangolin trade by South African wildlife authorities. This pangolin, which they named Ally, was evaluated and rehabilitated by veterinarians. During an abdominal ultrasound, they discovered that Ally was pregnant. It is very rare for veterinarians to have pregnant pangolins in their care, which made it difficult for them to determine what stage Ally's pregnancy was in. But once they confirmed that both Ally and her unborn baby were healthy, they coordinated her release back to the wild in the Limpopo Valley, located at the border between South Africa and Zimbabwe.

There was some concern over Ally's ability to successfully give birth, since pangolins rescued from poachers often undergo great amounts of stress that could put the pregnancy at risk. But fortunately, several weeks later Ally gave birth to a healthy young pup, seen below in camera trap footage. This is the first evidence of the successful birth of a pangolin after the mother was rescued from the illegal trade, rehabilitated, and returned to the wild.

Read more about this amazing story in the original blog here.