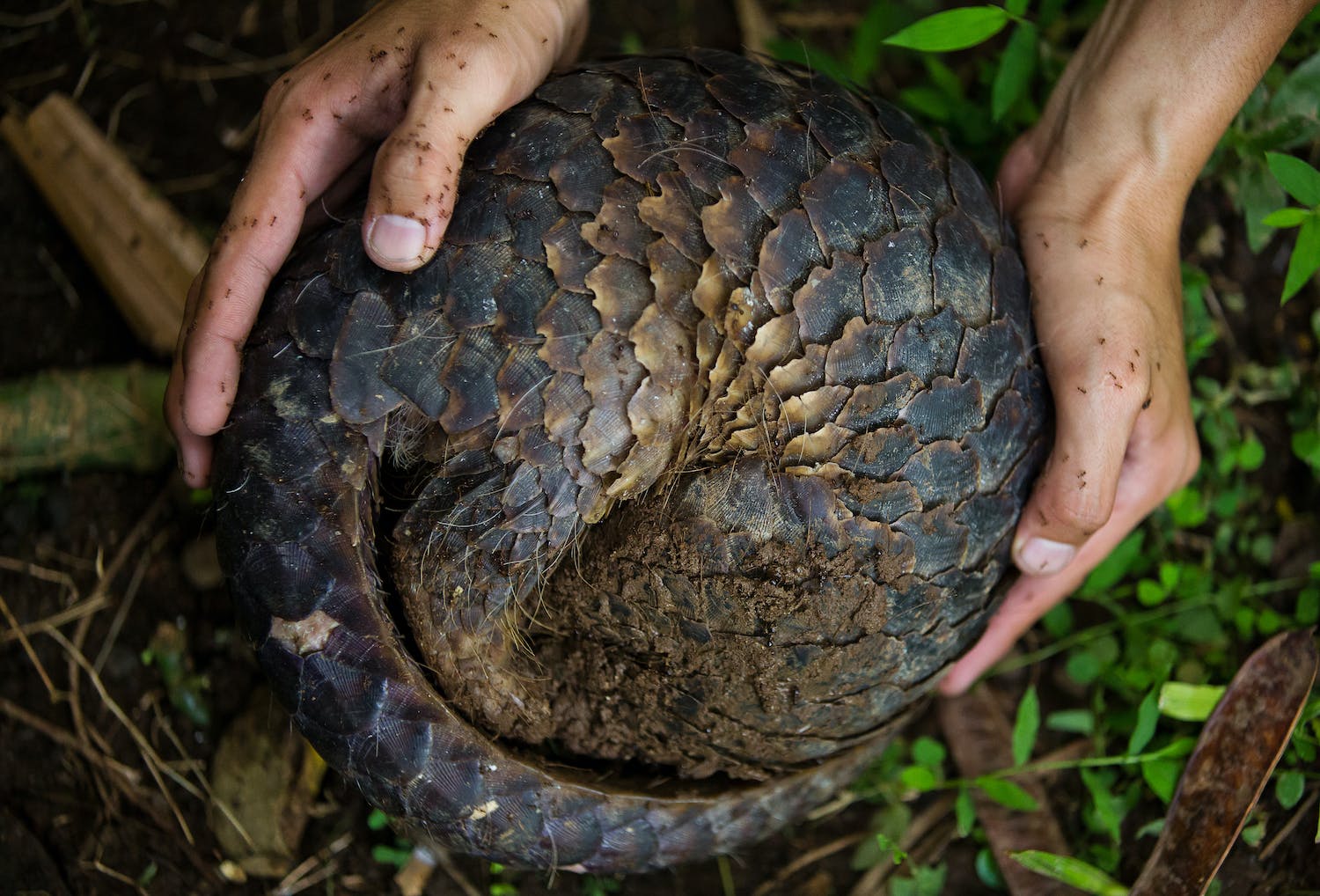 Researchers suggested pangolins could have been the intermediary host passing the virus from bats to humans, though it has yet to be fully verified. Pangolins are the most trafficked mammals in the world; their meat is considered a delicacy in many parts of Asia and their scales are used in more than 60 medicines approved by the Chinese government. In response to the damage the trade has had on wild pangolin populations, Wildlife Conservation Network (WCN) and Save Pangolins launched the Pangolin Crisis Fund in 2019 to stop the poaching of pangolins, stop the trade and demand for pangolin products, and raise the profile of this little-known animal.

Pangolins, when left alone in the wild, are harmless to humans, and in fact help support the function of a healthy ecosystem by controlling other pest populations. It is only through the capture and consumption of pangolins that these adorable animals can be a threat to human health.

“The new coronavirus is a stark reminder that the wildlife trade not only threatens species like pangolins, but poses a massive risk to human health and the global economy,” says Paul Thomson, WCN Director of Conservation Programs and manager of the Pangolin Crisis Fund. “Efforts to stop the illegal wildlife trade and the consumption of threatened species must be a priority for the global community.”

In 2002, an epidemic of SARS (Severe Acute Respiratory Syndrome) first infected humans in southern China through contact and consumption of infected animals in wildlife markets. The virus went on to affect 26 countries and resulted in more than 8,000 cases, with 774 fatalities. In response, China placed a temporary ban on wild animal markets. However, after the SARS epidemic calmed in 2004, markets were eventually reopened.

China’s latest decision to ban the buying, selling, and transportation of wild animals in markets, restaurants, and online marketplaces across the country could have a positive impact on the conservation of pangolins and other threatened wildlife, if it also is accompanied with a change in behavior. Researchers at China’s Guangzhou University, stated “that through a change in the outdated and inappropriate tradition of consuming wild animals and their products, we can conserve the natural habitat of wild animals, and humans and other living creatures can coexist in harmony.”

It is important to note that the new ban comes with several exemptions. While it calls for the end of consumption of wild animals, the decision does not ban trade for fur, medicine or research. Conservation groups warn that this remains a potential loophole for traffickers who may exploit the nonfood exemptions to sell or trade live wildlife. For example, it remains legal to use processed pangolin scales from a certificated source for use in Traditional Chinese Medicine.

“We applaud China for taking this important step to increase protection for wildlife and human health and prevent future outbreaks,” says Thomson.

To read more about the wildlife trade measures, we recommend this statement from ICCS.