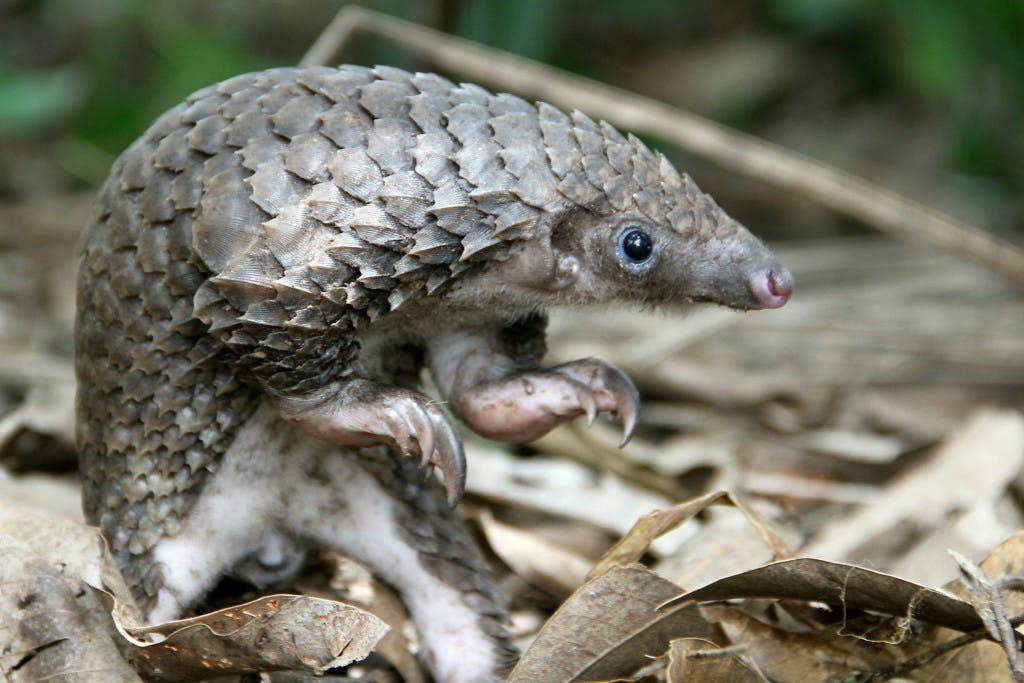 The world's two smallest pangolins, the white-bellied and black-bellied pangolins, are found in Central and West Africa. They are the continent's only arboreal pangolin species.

Also known as the tree pangolin or three-cusped pangolin, the white-bellied pangolin lives in forested habitats across numerous countries, from Guinea to northern Angola to Rwanda. They are semi-arboreal, spending time both in trees and on the ground, with a semi-prehensile tail and tail pads used for climbing. The white-bellied pangolin is distinguished by its thinner, three-cusped scales and its smaller size, weighing on average 2.2 to 4.4 pounds. These pangolins are heavily poached for local use and international trafficking and are listed as Endangered.